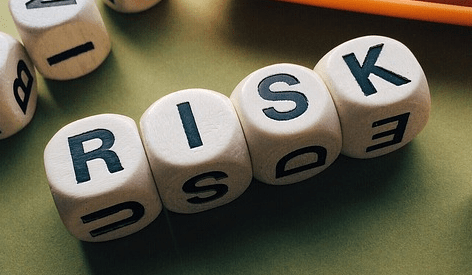 Why was this study needed?

Every year about 1 in 1,000 people in the UK develop a venous thromboembolism (VTE). Either a blood clot in the deep veins (deep vein thrombosis) or in the lungs (pulmonary embolism). VTE is more common in people with cancer and following major surgery. Over half of all cases follow recent hospitalisation. VTE used to be a leading cause of preventable death in hospital.

It is now routine practice to give drug treatment to prevent blood clots while people recover in hospital after abdominal or pelvic surgery. But observational studies indicate that patients may remain at increased risk for up to four or six weeks after surgery.

The Cochrane review aimed to resolve the uncertainty by combining data from recent high-quality studies to see whether there is a place for a longer course of anticoagulation after abdominal or pelvic surgery.

What did this study do?

This Cochrane review includes seven randomised controlled trials of extended LMWH treatment, given for at least 14 days after abdominal or pelvic surgery compared with shorter treatment as an inpatient only. The 1,728 patients had either open or keyhole surgery. Five trials recruited patients specifically with cancer and two included surgery for either cancer or benign conditions.

Venous thromboembolism was confirmed by an objective test (such as venography). Most studies were of LMWH for around 28 days, with only one study treating for 14 days only. Studies using other anticoagulants or mechanical measures (e.g. compression stockings) were excluded.

Overall the evidence was rated as moderate quality. Sources of bias included lack of detail about randomisation methods, whether participants and assessors were blinded to group assignment and incomplete reporting of outcomes. Nevertheless, the results were similar across studies, and this increases confidence in the conclusions.

What did it find?

What does current guidance say on this issue?

The NICE guideline on reducing risk of hospital-acquired venous thromboembolism (published 2018) recommends using LMWH (or an alternative drug, fondaparinux sodium) for a minimum of seven days for people undergoing abdominal surgery, taking into account individual patient factors and according to clinical judgement.

NICE recommends considering extending VTE prophylaxis to 28 days postoperatively for people who have had major cancer surgery in the abdomen.

What are the implications?

It is difficult to be certain whether the findings apply to patients following non-cancer surgery as two trials that included these patient groups didn’t separate their results.

Newer oral anticoagulant drugs may provide similar benefits, but these were not tested in the studies included. (Source: NIHR)

Read the full Signal at NIHR

BACKGROUND: This an update of the review first published in 2009.Major abdominal and pelvic surgery carries a high risk of venous thromboembolism (VTE). The efficacy of thromboprophylaxis with low molecular weight heparin (LMWH) administered during the in-hospital period is well-documented, but the optimal duration of prophylaxis after surgery remains controversial. Some studies suggest that patients undergoing major abdominopelvic surgery benefit from prolongation of the prophylaxis up to 28 days after surgery. OBJECTIVES: To evaluate the efficacy and safety of prolonged thromboprophylaxis with LMWH for at least 14 days after abdominal or pelvic surgery compared with thromboprophylaxis administered during the in-hospital period only in preventing late onset VTE.

SELECTION CRITERIA: We assessed randomized controlled clinical trials (RCTs) comparing prolonged thromboprophylaxis (more than or equal to fourteen days) with any LMWH agent with placebo, or other methods, or both to thromboprophylaxis during the admission period only. The population consisted of persons undergoing abdominal or pelvic surgery for both benign and malignant pathology. The outcome measures included VTE (deep venous thrombosis (DVT) or pulmonary embolism (PE)) as assessed by objective means (venography, ultrasonography, pulmonary ventilation/perfusion scintigraphy, spiral computed tomography (CT) scan or autopsy). We excluded studies exclusively reporting on clinical diagnosis of VTE without objective confirmation.

DATA COLLECTION AND ANALYSIS: Review authors identified studies and extracted data. Outcomes were VTE (DVT or PE) assessed by objective means. Safety outcomes were defined as bleeding complications within three months after surgery. Sensitivity analyses were also performed with unpublished studies excluded, and with study participants limited to those undergoing solely open and not laparoscopic surgery. We used a fixed-effect model for analysis.

MAIN RESULTS: We identified seven RCTs (1728 participants) evaluating prolonged thromboprophylaxis with LMWH compared with control or placebo. The searches resulted in 1632 studies, of which we excluded 1528. One hundred and four abstracts, eligible for inclusion, were assessed of which seven studies met the inclusion criteria.For the primary outcome, the incidence of overall VTE after major abdominal or pelvic surgery was 13.2% in the control group compared to 5.3% in the patients receiving out-of-hospital LMWH .For the secondary outcome of all DVT, seven studies, n is equal to 1728, showed prolonged thromboprophylaxis with LMWH to be associated with a statistically significant reduction in the incidence of all DVT. We found a similar reduction when analysis was limited to incidence in proximal DVT. The incidence of symptomatic VTE was also reduced from 1.0% in the control group to 0.1% in patients receiving prolonged thromboprophylaxis. No difference in the incidence of bleeding between the control and LMWH group was found, 2.8% and 3.4%, respectively. Estimates of heterogeneity ranged between 0% and 28% depending on the analysis, suggesting low or unimportant heterogeneity.

AUTHORS’ CONCLUSIONS: Prolonged thromboprophylaxis with LMWH significantly reduces the risk of VTE compared to thromboprophylaxis during hospital admittance only, without increasing bleeding complications after major abdominal or pelvic surgery. This finding also holds true for DVT alone, and for both proximal and symptomatic DVT. The quality of the evidence is moderate and provides moderate support for routine use of prolonged thromboprophylaxis. Given the low heterogeneity between studies and the consistent and moderate evidence of a decrease in risk for VTE, our findings suggest that additional studies may help refine the degree of risk reduction but would be unlikely to significantly influence these findings. This updated review provides additional evidence and supports the previous results reported in the 2009 review.