This guideline covers managing colorectal (bowel) cancer in people aged 18 and over. It aims to improve quality of life and survival for adults with colorectal cancer through management of local disease and management of secondary tumours (metastatic disease).

This guideline includes recommendations on:

Robotic rectal cancer surgery does not appear technically easier than standard keyhole surgery. The researchers, in this trial, judged this by measuring the need to ‘convert’ a keyhole procedure to open surgery when operating. This NIHR-funded trial also found that robotic surgery produced similar clinical results to standard laparoscopic (keyhole) surgery in treating rectal cancer.

In the trial, 28 out of 230 patients (12%) who received keyhole surgery were converted to open surgery, compared with 19 out of 236 (8%) who received robotic surgery. This difference did not achieve statistical significance. There were also no differences in the likelihood of removing the whole tumour, surgery-related complications and bladder or sexual function. Longer-term outcomes such as three-year recurrence and overall survival were also similar.

These results suggest robotic rectal surgery, which costs £1,000 more than laparoscopic surgery due to ongoing equipment costs and longer operating time, may not be cost-effective (Source: NIHR).

The full details of the trial are available from the NIHR

This was a multicentre, randomised trial comparing robotic with laparoscopic rectal resection in patients with rectal adenocarcinoma.

The study was conducted at 26 sites across 10 countries and involved 40 surgeons. Participants The study involved 471 patients with rectal adenocarcinoma. Recruitment took place from 7 January 2011 to 30 September 2014 with final follow-up on 16 June 2015. Interventions Robotic and laparoscopic rectal cancer resections were performed by high anterior resection, low anterior resection or abdominoperineal resection. There were 237 patients randomised to robotic and 234 to laparoscopic surgery. Follow-up was at 30 days, at 6 months and annually until 3 years after surgery.

Results Among 471 randomised patients [mean age 64.9 years, standard deviation (SD) 11.0 years; 320 (67.9%) men], 466 (98.9%) patients completed the study. Data were analysed on an intention-to-treat basis. The overall rate of conversion to laparotomy was 10.1% and occurred in 19 (8.1%) patients in the robotic-assisted group and in 28 (12.2%) patients in the conventional laparoscopic group. Of the nine prespecified secondary end points, including circumferential resection margin positivity, intraoperative complications, postoperative complications, plane of surgery, 30-day mortality and bladder and sexual dysfunction, none showed a statistically significant difference between the groups. No difference between the treatment groups was observed for longer-term outcomes, disease-free and overall survival (OS). Males were at a greater risk of local recurrence than females and had worse OS rates. The costs of robotic and laparoscopic surgery, excluding capital costs, were £11,853 (SD £2940) and £10,874 (SD £2676) respectively.

The full article is available from PubMed

New research led by the University of Leeds looked at the number of patients whose colonoscopy found no evidence of bowel cancer, but who were subsequently diagnosed with the disease.

Co-author Professor Eva Morris, from the University of Leeds’ School of Medicine and the Leeds Institute for Data Analytics, said: “Overall we found the proportion of people whose bowel cancer is being missed by a colonoscopy procedure has declined, meaning that our diagnostic services are getting more and more accurate.

“However, this study reveals wide variation in the accuracy of colonoscopy tests depending on the provider, meaning that some cancers are still being missed. This urgently needs to be addressed to ensure we are detecting cancer cases as early as possible.”

The researchers say that if the lower rate had been achieved over the entire nine-year study period, more than 3,900 cases of colorectal cancer could have been prevented or diagnosed earlier (Source: University of Leeds).

The study’s findings have now been published in the BMJ

Setting National Health Service in England between 2005 and 2013.

Population All people undergoing colonoscopy and subsequently diagnosed as having colorectal cancer up to three years after their investigation (PCCRC-3yr).

Main outcome measures National trends in incidence of PCCRC (within 6-36 months of colonoscopy), univariable and multivariable analyses to explore factors associated with occurrence, and funnel plots to measure variation among providers.

Results The overall unadjusted PCCRC-3yr rate was 7.4% (9317/126 152), which decreased from 9.0% in 2005 to 6.5% in 2013 (P<0.01). Rates were lower for colonoscopies performed under the NHS bowel cancer screening programme (593/16 640, 3.6%), while they were higher for those conducted by non-NHS providers (187/2009, 9.3%). Rates were higher in women, in older age groups, and in people with inflammatory bowel disease or diverticular disease, in those with higher comorbidity scores, and in people with previous cancers. Substantial variation in rates among colonoscopy providers remained after adjustment for case mix.

The full article is available from The BMJ

NIHR has produced an impact case study on adenoma, a polyp that grows in the bowel that has become cancerous.  Currently, a colonoscopy is regarded as the ‘gold standard’ treatment for adenoma.

Although experienced endoscopists perform the colonoscopies, polyps can get missed for various reasons including the size, shape and location of the lesions, and many colorectal cancer screening programmes have been proposed to improve adenoma detection rate (ADR). Improving the ADR and cancer detection through increased colonoscopy performance brings patient benefits, and earlier diagnosis of cancer is also associated with lower healthcare costs (Cancer Research UK 2014).

The study recruited 1800 participants from across seven sites, with patients being referred to the trial because of symptoms, surveillance or following a positive faecal occult blood test as part of the Bowel Cancer Screening Programme.

These patients were randomized across two arms of the trial: with one group having treatment as usual (the colonoscopy) and the other having the Endocuff Vision arm

The researchers report that the participants in the Endocuff Vision arm of the trial, had a higher Adenoma Detection Rate, increased globally from 36.2 per cent to 40.9 per cent (P=0.02). the increase was driven by a 10.8 per cent increase in FOBt-positive screening patients (50.9 per cent vs 61.7 per cent, P less than 0.001).

The research team conclude that the ADENOMA trial showed that Endocuff Vision significantly improved ADR in bowel cancer screening patients and should be used to improve colonoscopic detection.

The success of the trial led to NHS England announcing Endocuff Vision as one of only four technologies to be fast-tracked into use through NHS England’s Innovation and Technology Payment programme in April 2018.

NICE updated its guidelines for use in June 2019 and NHS trusts across England have significantly increased use of the product.
The Endocuff Vision device has also been adopted internationally and there has been a large rise in the use of the device over the last four years (Source: NIHR).

Read the full story from NIHR

Research published in the journal Gut analyses trends in the incidence of colorectal cancer (CRC) and mortality in subjects under the age of 50. The experts used data on over 143 million people across European countries to explore . While the researchers observed that CRC incidence continues to rise among young adults in Europe; they indicate further research is necessary to find out the reasons for this trend need to be discovered and if the trend continues, screening guidelines may need to be reconsidered.

The full article is available from the journal Gut

Design Data on age-related CRC incidence and mortality between 1990 and 2016 were retrieved from national and regional cancer registries. Trends were analysed by Joinpoint regression and expressed as annual percent change.

Conclusion CRC incidence rises among young adults in Europe. The cause for this trend needs to be elucidated. Clinicians should be aware of this trend. If the trend continues, screening guidelines may need to be reconsidered.

Full article available from the BMJ

Cancer Research UK Bowel cancer rates are rising in young adults, but do we know what’s behind the increase?

Researchers behind a population-based study of oral antibiotic exposure and risk   looked at the association between oral antibiotic use and (colorectal cancer) CRC risk have published their findings in the BMJ Journal Gut. 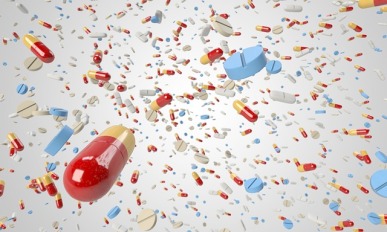 Objective To assess the association between oral antibiotic use and CRC risk.

Design A matched case–control study (incident CRC cases and up to five matched controls) was performed using the Clinical Practice Research Datalink from 1989 to 2012.

Conclusion Oral antibiotic use is associated with an increased risk of colon cancer but a reduced risk of rectal cancer. This effect heterogeneity may suggest differences in gut microbiota and carcinogenesis mechanisms along the lower intestinal tract. (Source: Zhang et al, 2019)

The full article is available from BMJ Gut

A new NIHR Signal showcases the findings of annitial investigation which includes whole-body magnetic resonance imaging (MRI) is as good as standard pathways for detecting metastatic disease in adults with newly diagnosed colorectal cancer. This NIHR-funded study also found that whole-body MRI reduces the number of investigations needed, the length of the staging process, and costs less than standard pathways.

The treatment options for colorectal cancer depend on the stage of the cancer. For example, if a patient has metastatic disease (secondary tumours in other parts of the body), the aims of surgery and chemotherapy can be different. So, an accurate staging process is very important. 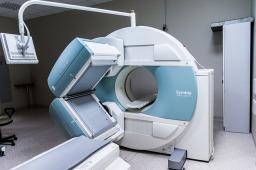 Current NICE guidance recommends a sequence of investigations for staging, with MRI only recommended after biopsies and other imaging investigations. This study suggests that MRI could be used earlier in the process, instead of the currently recommended investigations. However, any changes to guidance would need to take into account the availability of this resource (Source: NIHR).

Whole-body MRI (WB-MRI) could be an alternative to multimodality staging of colorectal cancer, but its diagnostic accuracy, effect on staging times, number of tests needed, cost, and effect on treatment decisions are unknown. We aimed to prospectively compare the diagnostic accuracy and efficiency of WB-MRI-based staging pathways with standard pathways in colorectal cancer.

The Streamline C trial was a prospective, multicentre trial done in 16 hospitals in England. Eligible patients were 18 years or older, with newly diagnosed colorectal cancer. Exclusion criteria were severe systemic disease, pregnancy, contraindications to MRI, or polyp cancer. Patients underwent WB-MRI, the result of which was withheld until standard staging investigations were complete and the first treatment decision made. The multidisciplinary team recorded its treatment decision based on standard investigations, then on the WB-MRI staging pathway (WB-MRI plus additional tests generated), and finally on all tests. The primary outcome was difference in per-patient sensitivity for metastases between standard and WB-MRI staging pathways against a consensus reference standard at 12 months, in the per-protocol population. Secondary outcomes were difference in per-patient specificity for metastatic disease detection between standard and WB-MRI staging pathways, differences in treatment decisions, staging efficiency (time taken, test number, and costs), and per-organ sensitivity and specificity for metastases and per-patient agreement for local T and N stage. This trial is registered with the International Standard Randomised Controlled Trial registry, number ISRCTN43958015, and is complete.

WB-MRI staging pathways have similar accuracy to standard pathways and reduce the number of tests needed, staging time, and cost.

Read the full journal article from The Lancet Gastroenterology & Hepatology