Liver cancer drug, sorafenib has been approved for routine NHS use, marking three quarters of the way through the Cancer Drugs Fund (CDF) without a negative decision.

NICE has recommended sorafenib, also known as Nexavar, made by Bayer to be routinely available for some patients on the NHS.

Sorafenib is one of the 24 drugs NICE was asked to appraise from the CDF, and all have been approved so far for routine NHS use.

Its positive recommendation means that NICE is three quarters of the way through the CDF with 18 drugs now approved.

Companies, like Bayer have provided discounts and in some cases additional evidence meaning the drugs can be considered as cost effective for routine NHS.

There are several controversies in the assessment of the benefit, value and sustainability of cancer drugs | European Journal of Cancer

The reason for these controversies can be understood using concepts borrowed from psychological and cognitive sciences: each stakeholder has different perspectives generated by different availability biases; this implies different priorities, leading people to think, choose and act differently. Providing an ‘objective’ assessment of the benefit and value of a cancer drug makes sense only if the perspective adopted is clearly identified.

The American Society of Clinical Oncology (ASCO) scale fits the patients’ perspective by helping individual patients to choose the most valuable therapeutic option for their condition. Conversely, the European Society for Medical Oncology (ESMO) scale has a public health perspective: ranking the clinical benefit of oncologic drugs to identify those agents that should be available in every EU country. Because this scale is being adopted for reimbursement purposes in several European regions, the current major methodological problems of the scale should urgently be corrected to avoid unwanted societal consequences.

The NHS in England will soon be able to routinely fund the use of trastuzumab emtansine for people with certain categories of breast cancer, the National Institute for Health and Care Excellence (NICE) has announced in new draft guidance | OnMedica

NICE’s decision means that, by late summer, more than a thousand women and men could benefit from the drug.

Currently, trastuzumab emtansine – which at full list price costs about £90,000 per patient – is only available on the NHS through the Cancer Drugs Fund (CDF). But NICE revealed yesterday afternoon that the drug’s manufacturer Roche had agreed a new commercial access arrangement with NHS England. When NICE factored this confidential agreement into a new clinical and cost-effectiveness analysis, also applying end-of-life criteria, it concluded that it can now recommend the drug as cost effective for routine use on the NHS.

Conclusions: Our findings demonstrate that affordable drug treatment costs are possible for novel cancer drugs, suggesting that new therapeutic options can be made available to patients and doctors worldwide. Assessing treatment cost estimations alongside cost-effectiveness evaluations is an important area of future research.

To shed light on the clinical risks and benefits from new cancer medicines, we took a narrative synthesis approach to review regulatory assessments of the impact on overall survival, quality of life, and safety from all cancer medicines newly licensed in the US and EU between 2003-2013. For this, two researchers evaluated appraisals from English (National Institute of Health and Care Excellence, NICE), French (Haute Autorité de Santé, HAS) and Australian (Pharmaceutical Benefits Advisory Committee, PBAC) health technology assessment (HTA) agencies that were published through May 2015.

We find that while most new cancer drugs approved between 2003 and 2013 extended overall survival or improved the quality of life of cancer patients, their clinical benefits vary widely. Improvements in overall survival and quality of life also often come at the cost of safety, and there are reasons to question whether claims of clinical benefits have been matched by those observed in real-world settings. 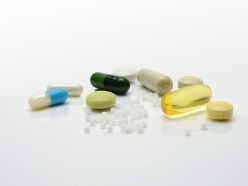 The National Institute for Health and Care Excellence has issued draft guidance recommending that two drugs are removed from the Cancer Drugs Fund because they are not cost effective. The drugs, everolimus (Afinitor made by Novartis) for breast cancer and ibrutinib (Imbruvica, Janssen) for mantle cell lymphoma are being appraised under the new CDF system. The ultimate decision on whether the drugs will be removed will rest with NHS England

Under the new CDF system as a gateway fund for new cancer drugs, NICE recommends drugs are funded through the CDF if there is not enough information to make an immediate decision on whether they should be available on the NHS to enable patients to access the drugs while the company generates the supporting information required.

NICE rejected everolimus (in combination with the drug exemestane) for treating HER2-negative, hormone-receptor-positive advanced breast cancer in 2013 and it was then made available through the CDF.

In a letter to the prime minister, the charities said many drugs would “now struggle to gain approval”. The medicines regulator has rejected this and said drugs would be approved faster than anywhere else in Europe.

The dispute is over planned changes to the Cancer Drugs Fund – a special pot of money just for cancer medicines. It currently pays for innovative drugs that have been deemed too expensive for the NHS as a whole. It includes medicines such as Kadcyla, which initially cost £90,000 per patient, and extends the lives of women with breast cancer by six months on average. However, the fund was a victim of its own success and has been greatly overspent. Its costs have risen to £340m in 2015-16 from an initial annual budget of £200m when it was set up in 2011.