A paediatrician from the University of Manchester, Professor Vaskar Saha has helped cure children diagnosed with acute lymphoblastic leukaemia (ALL) by 15% during the five years he has led the ICICLE (Indian Childhood Collaborative Leukaemia Group) clinical project, in partnership with Tata Medical Centre, Kolkata.

Survival rates of most cancers in India are usually 15-25% lower than the United Kingdom. However, with Professor Saha’s work challenging the stereotype that cancer cure is a prerogative of affluent nations, his research has increased survival rates in Kolkata from 65% in 2014 to 80% in 2019.

“Not so long ago, four in ten Indian children would die because of poor treatment and relapse. The former was mainly due to the absence of standardisation in testing and treatment.

“If we can improve outcomes in India by 10%, then an additional 1,500 children a year grow up to lead normal lives.”

Before the ICICLE project launched, excellent medical centres across India were common and most children with acute lymphoblastic leukaemia were able to get the drugs they needed.

Historically, hospitals in India often work in isolation without exposure to the international research community. Travel costs to faraway hospitals were also difficult for poor families or those on low incomes.

Once clinicians started sharing their knowledge and standardised systems were put in place, change began to take root. (Source: University of Manchester)

Read the full story from the University of Manchester India’s childhood leukaemia survival rate leaps to 80%, thanks to Manchester scheme

Scientists at the University of Nottingham have found eye drops  have the potential to be used in treatment for an aggressive form of  blood cancer: acute myeloid leukaemia (AML).  Nottingham staff collaborated on research led by experts at the Wellcome Sanger Institute, University of Cambridge, and other scientists which led to the discovery that a compound identified in eye drops, being developed  to treat a form of eye disease, has shown promise for treating AML.The active ingredient in eye drops has the potential to treat AML, as it targets leukaemic blood cells without harming non-leukemic  blood cells.

Full details of the research are available from:

We recently identified the splicing kinase gene SRPK1 as a genetic vulnerability of acute myeloid leukemia (AML). Here, we show that genetic or pharmacological inhibition of SRPK1 leads to cell cycle arrest, leukemic cell differentiation and prolonged survival of mice transplanted with MLL-rearranged AML. RNA-seq analysis demonstrates that SRPK1 inhibition leads to altered isoform levels of many genes including several with established roles in leukemogenesis such as MYB, BRD4 and MED24. We focus on BRD4 as its main isoforms have distinct molecular properties and find that SRPK1 inhibition produces a significant switch from the short to the long isoform at the mRNA and protein levels. This was associated with BRD4 eviction from genomic loci involved in leukemogenesis including BCL2 and MYC. We go on to show that this switch mediates at least part of the anti-leukemic effects of SRPK1 inhibition. Our findings reveal that SRPK1 represents a plausible new therapeutic target against AML.

The full article is available to read from Nature Communications

A clinical trial testing a new treatment combination in patients with leukaemia launches through the Combinations Alliance, a joint initiative between Cancer Research UK and the Experimental Cancer Medicine Centres (ECMC) Network based at University of Birmingham.

Researchers want to discover whether pharmaceutical companies AstraZeneca and MSD’s experimental medicine, selumetinib (AZD6244, ARRY-142886), can be effective in combination with a treatment, dexamethasone, already used for several conditions including leukaemia. 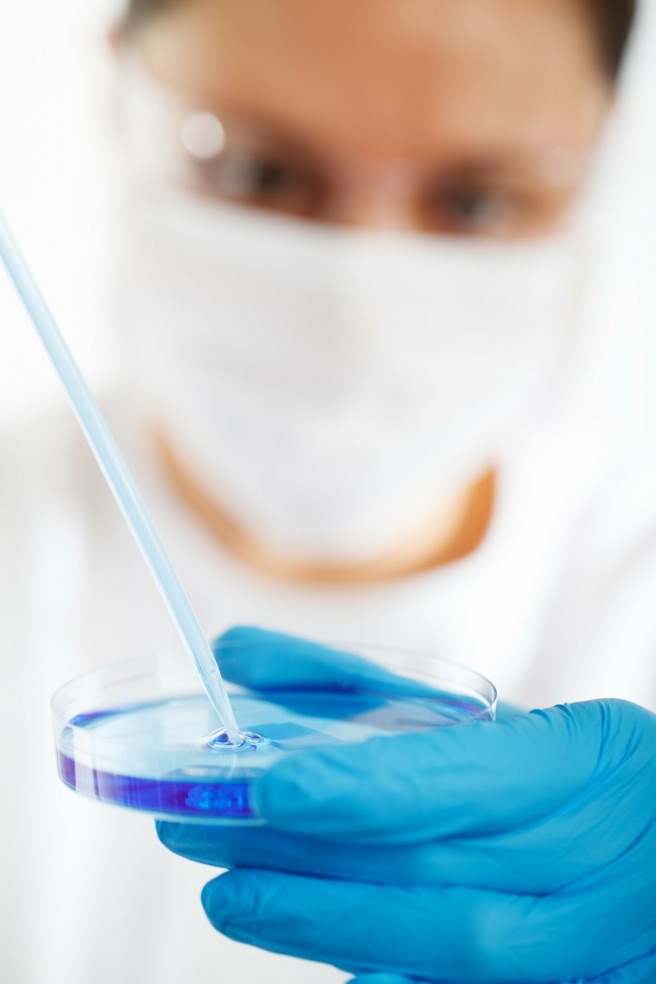 This clinical trial, the first of its kind to include both adults and children is based at the  Cancer Research UK Clinical Trials Unit at the University of Birmingham. This trial is planned to open in 23 centres throughout the UK and in 11 additional centres in 6 European countries, to help recruit 42 patients.

Professor Josef Vormoor, international clinical lead for the trial, said: ‘Although there are effective treatments for leukaemia, for some patients, the disease can return after they have been treated. If this combination is successful, it could give us an urgently needed new way to treat patients who have relapsed and have few treatment options left.’ (Source:University of Birmingham)

End-of-life care is particularly relevant for older adults with AML because of their poor prognosis.

We performed a population-based, retrospective cohort study of patients with AML who were ≥ 66 years of age at diagnosis and diagnosed during the period from 1999 to 2011 and died before December 31, 2012. Medicare claims were used to assess patterns of hospice care and use of aggressive treatment. Predictors of these end points were evaluated using multivariable logistic regression analyses.

In the overall cohort (N = 13,156), hospice care after AML diagnosis increased from 31.3% in 1999 to 56.4% in 2012, but the increase was primarily driven by late hospice enrollment that occurred in the last 7 days of life. Among the 5,847 patients who enrolled in hospice, 47.4% and 28.8% started their first hospice enrollment in the last 7 and 3 days of life, respectively. Among patients who transferred in and out of hospice care, 62% received transfusions outside hospice. Additionally, the use of chemotherapy within the last 14 days of life increased from 7.7% in 1999 to 18.8% in 2012. Patients who were male and nonwhite were less likely to enroll in hospice and more likely to receive chemotherapy or be admitted to intensive care units at the end of life. Conversely, older patients were less likely to receive chemotherapy or have intensive care unit admission at the end of life, and were more likely to enroll in hospice.

In a project funded by Bloodwise and the Scottish Cancer Foundation, we have created LEUKomics. This online data portal brings together a wealth of CML gene expression data from specialised laboratories across the globe | Lorna Jackson & Lisa Hopcroft for The Conversation

Our intention is to eliminate the bottleneck surrounding big data analysis in CML. Each dataset is subjected to manual quality checks, and all the necessary computational processing to extract information on gene expression. This enables immediate access to and interpretation of data that previously would not have been easily accessible to academics or clinicians without training in specialised computational approaches.

Consolidating these data into a single resource also allows large-scale, computationally-intensive research efforts by bioinformaticians (specialists in the analysis of big data in biology). From a computational perspective, the fact that CML is caused by a single mutation makes it an attractive disease model for cancer stem cells. However, existing datasets tend to have small sample numbers, which can limit their potential.

Studies conducted at the Comprehensive Cancer Center at MedUni Vienna and Vienna General Hospital show that the drugs ibrutinib and idelalisib used in the targeted treatment of chronic lymphatic leukemia can significantly prolong the survival time of high-risk patients. The average survival time of these patients is between one and two years when they receive standard treatment, whereas 80% of patients receiving the new treatment were still alive after two years. These results give us reason to hope that, in future, these two drugs could not only replace chemotherapy but even stem cell transplantation.

Both drugs are so-called “small molecules” and belong to the class of substances known as kinase inhibitors. They are used in targeted cancer treatment, where they interrupt the signalling pathways of the cancer cells. Both substances inhibit cell growth and idelalisib additionally affects the cells’ ability to metastasize. Over the course of the last two years, they have been separately tested in studies at MedUni Vienna and are now routinely available to patients.