Figures analysed by Cancer Research UK (CRUK) demonstrate that in the 10 years since 2004 skin cancer rates rose by  more than a third (35%) for women and by almost three-fifths (55%) for men.

The figures have been released to mark the launch of the charity’s Own Your Tone campaign which encourages people to embrace their natural skin tone and protect their skin from too much sun.

Karis Betts, health information manager at Cancer Research UK, said: “Sun safety is not just for when you’re going abroad, the sun can be strong enough to burn in the UK from the start of April to the end of September, so it’s important that people are protecting themselves properly both at home and further afield when the sun is strong. We want to encourage people to embrace their natural look and protect their skin from UV damage by seeking shade, covering up and regularly applying sunscreen with at least SPF 15 and 4 or 5 stars.” (Source: Cancer Research UK)

NICE will update the following guidelines:

Full details are available from NICE

A study of more than 700 melanoma patients, mainly from the north of England, provides evidence to suggest that smoking may blight the immune response against melanoma and reduce survival.

The study led by experts at the University of Leeds found that people diagnosed with melanoma who also smoked/ had history of smoking are 40 per cent less likely to survive their melanoma than non-smokers within a decade of diagnosis.

In a subset of 156 patients who had the most genetic indicators for immune cells, smokers were around four and a half times less likely to survive from the cancer than people who had never smoked.

Lead author Julia Newton-Bishop, Professor of Dermatology at the University of Leeds, said: “The immune system is like an orchestra, with multiple pieces. This research suggests that smoking might disrupt how it works together in tune, allowing the musicians to continue playing but possibly in a more disorganised way.

“The result is that smokers could still mount an immune response to try and destroy the melanoma, but it appears to have been less effective than in never-smokers, and smokers were less likely to survive their cancer.

“Based on these findings, stopping smoking should be strongly recommended for people diagnosed with melanoma.” (Source: University of Leeds)

Read the press release from the University of Leeds

Data from a newly established UK skin cancer database, the largest database of its kind in the world, has revealed that there are over 45,000 cutaneous squamous cell carcinomas (cSCC) every year in England, 350 per cent more than previous estimates suggested | JAMA Dermatology | via ScienceDaily 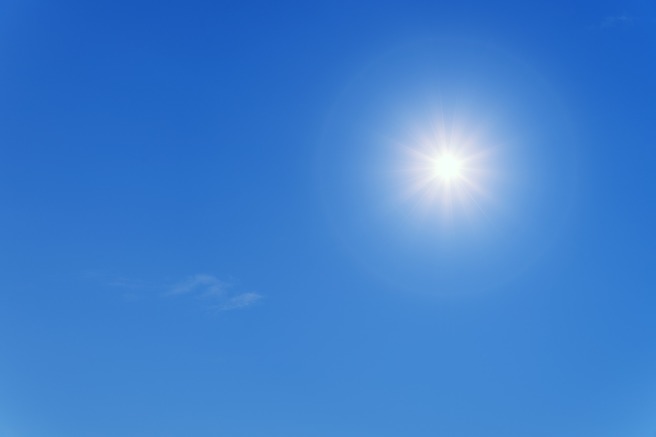 Developed by experts at Queen Mary University of London and Public Health England (PHE), and funded by the British Association of Dermatologists, the database fills in gaps in the recording of skin cancer, ensuring that accurate numbers for the three most common types of skin cancer: melanoma, basal cell carcinoma (BCC), and cSCC, are available for the whole of the UK.

These data are important as they enable researchers and policy makers to evaluate the effectiveness of prevention initiatives, screening, staging (the process of grading a cancer in terms of size, depth and whether it has spread to other parts of the body), and treatments for what is a very common cancer. The study has been published in JAMA Dermatology.

A new study published in the Anticancer Research journal, refutes reports from the World Health Organization (WHO) and the EU.

The international team of researchers has conducted a thorough search of the scientific databases MEDLINE and ISI Web of Science for relevant studies and subjected the results to a systematic meta-analysis.

Although the team found an association of a slightly increased melanoma risk when comparing ‘ever’ versus ‘never’ sunbed users, they identified significant shortcomings in the scientific studies they included in their meta-analysis. Many of the earlier published results were based on observational studies with poor quality data that fail to support causation.

A related publication  critically appraises reports recently published by the WHO and the EU regarding sun bed use.  The authors are  deeply concerned that these assessments appear to be based on an incomplete, unbalanced and non-critical evaluation of the literature.

Professor Reichrath, one of the researchers,  cautions that “the current state of scientific knowledge in the field does not allow one to conclude that moderate solarium use results in an increased risk of malignant melanoma.”

Full reference: Reichrath et al. A Critical Appraisal of the Recent Reports on Sunbeds from the European Commission’s Scientific Committee on Health, Environmental and Emerging Risks and from the Word Health Organization. Anticancer Research, 2018 DOI: 10.21873/anticanres.12330

Skin Cancer in England: A look at melanoma skin cancer over 20 years.

Office for National Statistics have published cancer statistics which helps to measure cancer in England.

Recurrences of early stage (stage II) melanoma are more often detected by patients and their physicians checking the skin than by routine imaging tests, a study published online by the Journal of the American College of Surgeons has found | OnMedica

Melanoma has a 95% cure rate if caught and treated early, and studies suggest the recurrence rate for melanoma is as high as 50%.

For this study researchers at Thomas Jefferson University and the University of North Carolina analysed data on 581 patients with stage II melanoma and at least one year of follow-up. Of those, 171 patients with early stage melanoma developed a recurrence (29.4%). Male sex, ulceration, and stage were significant predictors of recurrence.

A total of 40% of recurrences were picked up by patients – either they noticed a suspicious change on their skin or experienced a symptom such as coughing blood or seizures. A further, 30% of recurrent melanomas were identified by scheduled physician examination and 26% by surveillance imaging.